Find the Best Flag Football for Adults in Missouri

Below, you’ll find the 2021 Adult Flag Football Directory – the ultimate list of indoor and outdoor flag football leagues, tournaments and pickup games for men and women, organized in order of the most to least populated cities and towns in Missouri, updated for Fall, Winter, Spring and Summer 2021.

GotFlagFootball.com brings together the local MO community of recreational and competitive flag football leagues, tournaments and pickup games for adults, so that it’s convenient to find your game in an area near you.

“How do I add an adult tournament, pickup game, or flag football league near me to the 2021 Adult Flag Football Directory?” If you are aware of a league, tournament or pickup game that is not yet listed, feel free to click this link to the ‘Add Listing‘ page and notify us so that we may include it below: 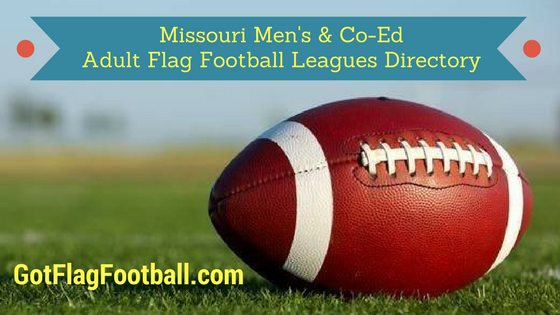